A downloadable game for Windows, macOS, and Android

In Erolon: Dungeon Bound, you play as a poor farmer who longs to become a dungeon looter, and explore the vast, mysterious land of Erolon. When he stumbles upon a long forgotten temple buried deep in the forest near his home, he sees the chance at a wealthy future. Little does he realize this will be the start of a grand adventure across Erolon, where he will meet new party members, develop romances, and conquer dungeons.

Support the development of Erolon: Dungeon Bound by becoming a Patron, or consider a donation on Itch.io!

Did a bit of initial play.  Issues with the early dungeon are as follows:

1:  Using the inventory to apply potions is unintuitive, since mouse control isn't permitted to directly pick items when the screen is first opened.  You first have to click on the inventory tab for a category before you can click on the consumables.

I have the impression that the menus are somewhat clunky in general.

2:  It would be nice if there was a dedicated way to turn without moving.  LOS is important for proper navigation in the dungeon.

3:  Using the Flash Powder results in retrying the battle.  Quite useful in the sense that I got fully healed, but probably not the intended effect.

4:  Cyleen is stilled called "Strange Priest" after meeting her.

5:  Collecting resources or bumping into a monster doesn't stop time.  This means that spikes and monster patrols can act while the player is paralyzed.

6:  The save menu seems to automatically focus on the latest save that was made.  I tend to make my saves at the top, while the auto-saves are found at the bottom.  This means that I have to scroll upwards anytime the game decides to save automatically.  It might be best to reduce the number of slots to 12, and remove the bottom auto-saves.    (Assuming that resolution doesn't affect the number of visible slots.)

Thanks for the feedback! We appreciate it.

Malwarebytes for Android reported the App as a Trojan in a scan a few minutes ago. Specifically, "Android/Trojan.Clicker.DQ".

I suspect that this is a false positive. Has anyone else seen this result?

For what it's worth, I read that false positives are not uncommon for the android version of Malwarebytes. But I figured you'd want to know, regardless.

love the game, favorite girl is leru. cant wait to see whats in store for the fluffy girl

Tried HTML and Mac. Got a script error on HTML (that's all it told me) and when on Mac, it wouldn't let me save. I would click [Save 1], hit the [Save] option and it would tell me I need to select a file. Does saving just not work? I'm going to try the windows version with wine, see if I get better results.

Sorry to hear you're having trouble! Have you tried playing the HTML version on Newgrounds?

Also, have you tried playing the HTML version on a different browser? (Firefox, Chrome, Edge?)

The Mac version for whatever reason has trouble saving, but unfortunately it's due to the way RPG Maker MV handles saves. The only workaround for it is to build the game on a Mac, which we currently don't have.

The Windows version should not have issues saving.

Erolon Dungeon doesn't work in android here is a Screenshot 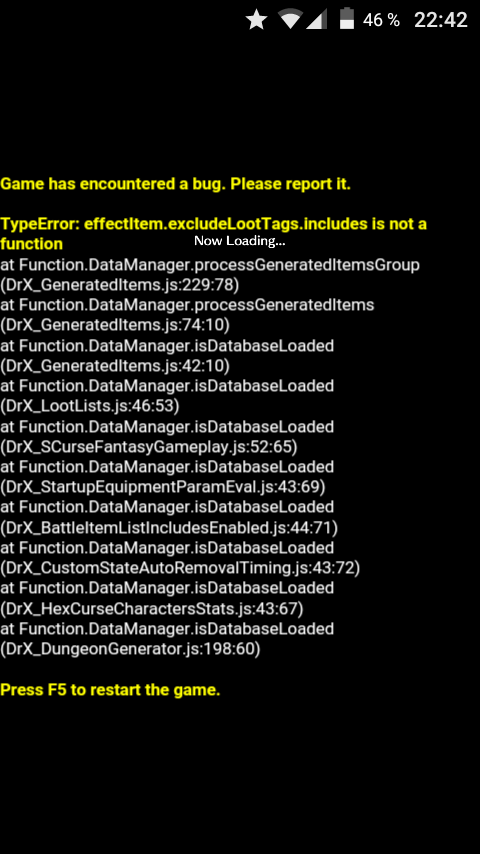 Hmm, are you playing the latest version? 0.09? Does it give this error immediately upon trying to load the game?

While testing on an Samsung Galaxy S10 this error wasn't encountered.

What version of android are you using and on what device? We also just released a new version that you can try out.

I am using a Medion

Dungeons performance is bad on Android. Could you tell me what software are you using to develop the game?

We are using RPG Maker MV.

Can you send us a picture or screenshot of the error? We can take a look at what it says. Thanks!

I am very confused is your download link up to date... It says it is from December of last year. Is that right?

The link is up to date with the latest version. All we've been doing is just changing the link which apparently doesn't count as an update to the original link setup. Hope that answers your question!

yes thank you that is exactly what I was trying to figure out.

Is this is on Playstore

It is not. It's available here and on our Patreon!

Is a harem possible in this game and do you think you might add any hypno or smoking fetish options?? If it's not possible to have a harem I'd like something that gives me descriptions on characters because I can't find anything anywhere I look on any characters in the game

Hmm, is it possible that your anti-virus is automatically removing the folder?

It was really fun while I could play it! After the first dungeon run I tried saving in town only to get an error noise any time I tried. I figured I'd try later to see if it was a fluke but the game crashed after giving a looong error code about a read-only only file trying to open? I'll definitely try playing again later in a future update :)

Was this on PC, Mac, or Android?

There's an odd problem with Macs not wanting to cooperate with the file structure of RPG Maker MV when it's exported from a Windows based machine. We might try something to get it to work, but it's definitely on the Mac end that is causing the issue.

the story is ok

Leru's rase... Is she like werewolf? anthropomorphic, humanoid wolf? "furry"xD ?

but I'm still waiting for updates

Leru is a Faolti which is very wolf like, but with anthropomorphic characteristics. :)

Are the dungeons laggy for you or are you having trouble seeing the graphic in the dungeon?

We're aware that some people are having performance issues, but so far we haven't been able to find a proper solution. We know the graphical issues stem from integrated Intel graphics on laptops and the way it renders the game resolution.

I have the game on android it works fine so far but there is no back option so I get stuck in the menu is there a way to fix this?

The way I was able to go back was by pressing two fingers on the screen at once. I don't know if this works on all android devices, but it worked on a Galaxy S10.

Awesome! Glad to hear it works!

Tried the game. Very nice concept. Playing on Android took a bit of figuring out. Especially the two finger tap for going back. I like where this is going though. Can't wait for more content.

Glad you're enjoying it so far! We have limited support for the Android version, so it's a bit tricky for us to figure out how to properly configure it for everyone!

is there an actual menu on the Windows PC version? for saves and such..?

I don't know if you've already discovered it but, it's on the town menu. You can't save/load while inside the dungeons.

Whenever you're out of a dungeon you can save your game via the main menu. There are checkpoints at certain dungeon levels that will automatically bring you back to the level when you return.

I'm enjoying the game A LOT, and I am glad I've found it. You should try to like advertise it so more people find out about it.

Glad you're really enjoying the game! We've been posting to our Twitter account and posting to different message boards. Hopefully more and more people will take notice of it!

Tapping the screen with 2 fingers to access the menu doesn't seem to work on Note 9.

Thanks for letting us know. Were you able to figure out how to go back in the menus?

No problem, the only way i can access the main menu is to restart the game. I can't access any other menus.

Our support for Android is limited, unfortunately. So it will be tough to pinpoint the issue. Is this Note 9 up to date with software and everything?

Can't talk much about the story with a tech demo but so far the character and the writing as a whole is good and feel "real", which is nice. 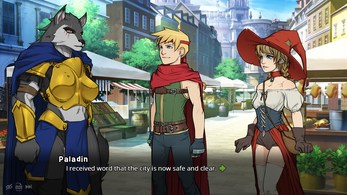 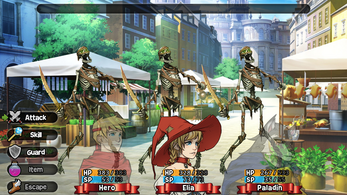 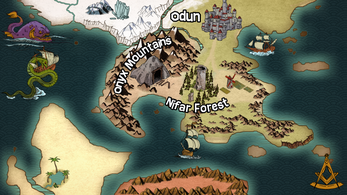 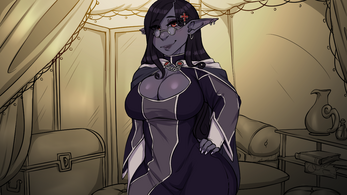 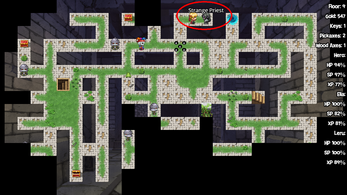